In many of the schools we have visited, students complain about the ‘where’s that going to get you?’ question. This question refers to their choice of art, drama, music, dance or photography as a GCSE subject. If we follow the question’s rather literal logic we might expect all students who have taken History to become Historians. Putting our collective understanding of the global employment context (or lack of it) aside for the time being, the ‘where’s that going to get you?’ question seems to have had an unexpected impact on young people. The 24 young people we meet in each of the thirty schools we are visiting, seem pretty clear about the value of the arts to their lives and refer to their own developing self expression, independent working, ability to take risks, collaborate and time manage. They also talk about personal growth and learning to empathise with the views of others in order to see the world from different perspectives. Whilst there is clarity and consensus about the value of art education, the students’ do not always have a similar breadth of knowledge and experience of the types of careers available to them as a result.

At Childwall School the range of partnerships with artists, creative and cultural institutions, such as the Tate, and universities directly addresses this issue. Students show an awareness of a wide range of future career possibilities and an awareness of the need to participate in creative communities in order to make important connections with art and artists in their city. 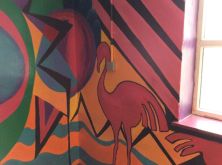 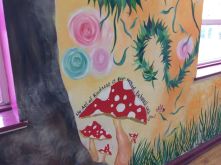 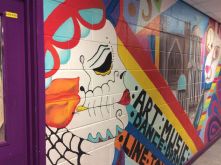 This ethos seems to emerge from the school, whose large scale public art and extensive murals create a sense of belonging as well access to art in the school itself. As Head of Art Chris Tyrer states:

We’re trying to get our pupils to buy into the idea of creating something and yet, if we are just telling them how to do it it’s completely different to them seeing something that is going to inspire them. For me if they are not inspired and they don’t see things in a real space then we are doing our pupils a disservice.

An appreciation of the wider ‘scene’ of arts practitioners in Liverpool has clearly made an impression on one student Alex Owens who describes himself as a Designer Maker and is a current student of Design at Liverpool Hope University. Alex works as an art technician at Childwall on a voluntary basis – he loves the place and is totally committed to it. I asked him why:

We once came up with the idea that it is a sense of belonging. That we should be here.

Alex also has a shared space at Bridewell studios which he says is great for students because it is so cheap. He describes how his teachers encouraged him to seek out interesting places to develop his ideas, as well as allowing him to retake exams and supporting him with university applications. Although he isn’t from an arty family he was often in a welder’s workshop with his Dad and is now already establishing himself as an artist. Alex finds Childwall an inspiring place to work and is unafraid of trying new approaches and materials:

I see new ways of making something every day. For example, digitally making via 3D rendering software and printing some ink via computer on to a T-shirt or piece of material. 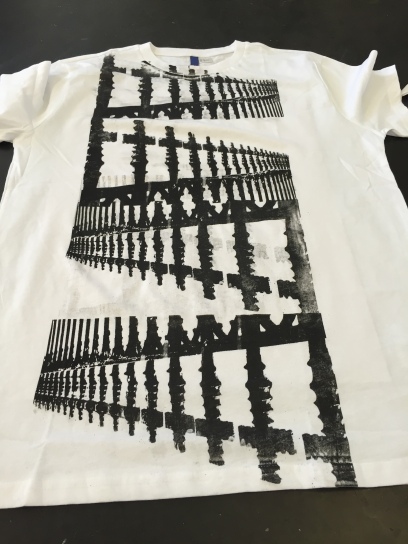 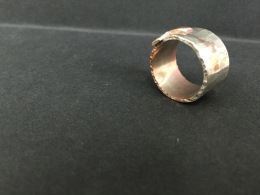 To find out more about Alex’s work contact him on: alexowens13@icloud.com

The assumption in the question ‘where’s that going to get you?’ is that young people who do arts have little chance of ‘becoming an artist.’The impact of creating school spaces where young people work as artists and alongside artists therefore reflects and refracts this question in some thought-provoking ways. 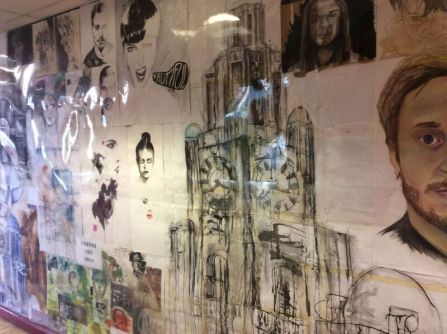 2 thoughts on “where’s that going to get you?”