This post is written by Lexi Earl, on her visit to West Derby School in Liverpool.

As most readers of this blog will have gathered by now, I spend most of my time visiting the different schools that are involved in this project. Generally, I know what to expect from my visit. If the school has a partnership with the RSC, I spend my time with either Drama or English departments (and sometimes both). If the school has a partnership with the Tate, I am in an Art department, talking to students doing Fine Art, Photography, Textiles and the like. But one school in this project has broken this mould. At West Derby School in Liverpool, the partnership is with the Tate but the partnership is held by the Drama teacher, Kate Forrest. As I discovered when I visited, this means that Kate uses exhibitions at the Tate as stimuli for Drama projects and performances. 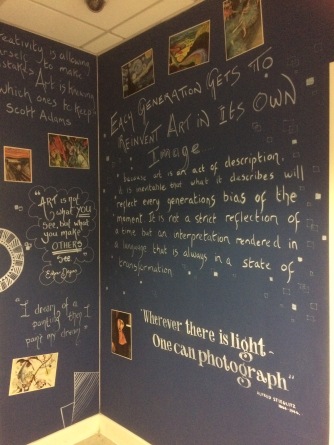 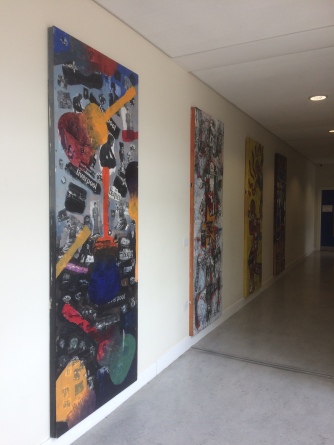 During my visit I had the opportunity to talk to two Year 13 Drama students who had visited the Tate Liverpool to see Tracey Emin’s My Bed (1998) when it was on display. The students then used this artwork as a stimulus for a play that they wrote and then performed. Their play dealt with sexual abuse.

They explained how the artwork was about more than just a messy bed, and how this had helped them develop their play.

See, Tracey Emin’s bed in the Tate, when you come in and look at the bed, people go ‘oh that’s just a messed up bed. I could do that on a Monday morning’. But when you look at it and what is around the bed, and what it symbolises, knowing her backstory, you realise that all of her life has unfolded in that art piece. She had a picture of her ex who she was completely in love with who left her, cigarettes, alcohol bottles and a bed just torn to pieces. That, in a way, shows her mental state, and we wanted to adhere to that and show the mental state of our characters. Hopefully that will connect to whomever we perform to.

Most people look at the art in a literal sense and say this art is just a bed. It is less about the bed itself and more about the person behind.

The students then explained how this artwork created a stimulus for them to leap from, to engage in difficult and complex ideas, and how it inspired their work on mental health and the links to sexual abuse.

I think the bed as an actual stimulus was what really pushed it for me because recognising that the bed wasn’t just a bed, it was the actual mental state so connecting that up to making a play about your mental state was really interesting for me. I could create bonds between our own production and the bed. When we first wanted to do it, we thought it would be more interesting if we included the bed – at least in the background. We had a bed onstage, messed up maybe so giving that sense of bad mental state. I’m not sure if you’ve read this but they say your mental state can be represented by your bedroom and the state it is in. It reflects what you feel inside which is really interesting. So we wanted to get that across but at the same time we didn’t want to confuse the audience so by the end of it we decided not to [include the bed]. We worried they’d be focused too much on the bed rather than the actual acting that was happening on stage. So we went for a minimalistic vibe rather than focusing on props, lighting, shadow, we wanted to focus on the actors. The only prop we used was a block to emphasise character stance.

I asked the students what the value to them was of being able to visit the Tate and use an artwork as a stimulus for a piece. 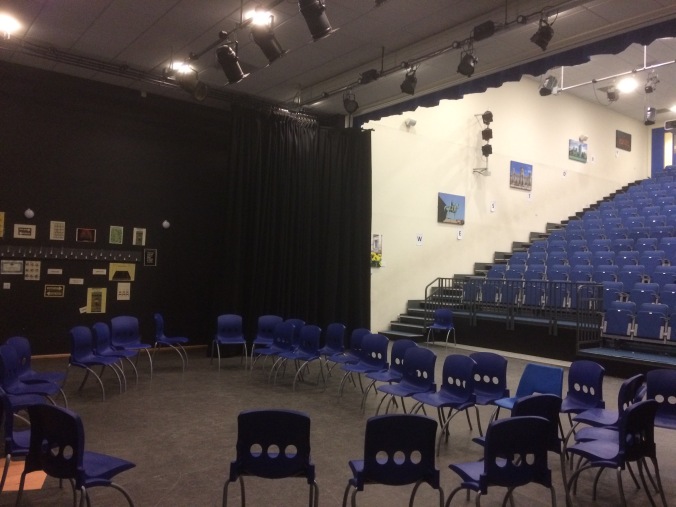 One of the students highlighted how Drama, through working with complex issues that form part of our world, can change your world view.

Most things when you come to Drama are confidence, you boost your confidence. But in fact, when doing this, it not only boosts your confidence on stage but going into the big world, meeting other people, you have got that confidence for it. When we were performing and exploring into it [the play], you realise the society that we live in and the society that the news feeds, that the government says it is, it is not. It is completely different to how it is. It changes your views on the world. You realise eventually who to go with, stay away from, what type of person they’ve built you into society and that is what Drama is pretty good for.

The opportunity for these Drama students to visit Tate Liverpool, and use one of the artworks for an in-depth exploration of complicated mental states influenced their work. It was an interesting reminder that art can be used in different ways, with many subjects.